For many years I did not go to a barber but hacked at my own hair, or let my wife cut it. However, now that I am retired I decided to indulge in this luxury. My only complaint about the barber whom I now patronise is that he plays pop music all the time which jangles my nerves but apparently … [Read on]

A man who had worked for the BBC in the 1960s told me some time ago that James, aka Jimmy, Savile was employed by the BBC because it was worried that there were so few working-class broadcasters. I had no reason to suppose that he was lying or mistaken, though I have no corroborative evidence either. But I suspect that … [Read on] 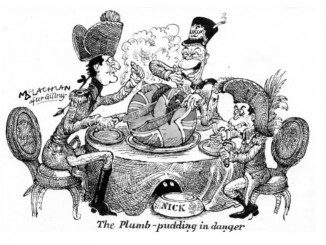 According to an article in The Guardian, a hole has recently been ripped in the fabric of the universe. Though I am no astrophysicist, this sounded pretty serious, as if we are all about to be annihilated in a hail of antimatter and turned into photons. Even ISIS would be preferable to that. Readers will, I am sure, be relieved … [Read on]

In church on Sunday migrants were mentioned in the prayers and there was a call for the churches in Germany to keep hold of ‘justice.’ All very vague and I didn’t feel that the problems of German women living in a new society were being addressed. In the evening I went to a neighbourhood party. I wasn’t intending to talk … [Read on]

Many ladies of a certain age give up on joining New Year street festivities. The pleasure of being jostled about in a huge melee for hours in the cold palls after about the age of thirty. Many young people love it of course, especially in Germany where ‘Sylvesternacht’ is a huge festival with fireworks. I enjoy it vicariously so my … [Read on]