This week Harriet Harman MP broke her sulky reproachful silence to come up with remarks about the EU referendum which make a change from the usual bickering; she is worried that women are not getting enough of a say on this important issue. The former Labour leader who has to sit in the Commons watching a much inferior intellect lead … [Read on]

‘Austria has escaped by a whisker,’ said John Humphrys on the Today Programme 24/5/16 at his unbiased best. He was referring to the defeat of Norbert Hofer of the anti-immigrant, Eurosceptic, Freedom Party in his bid to become Austrian president. The largely ceremonial position went to Alexander Van der Bellen, a retired left wing economics professor backed by the Green … [Read on]

It’s almost certain that the EgyptAir A320 plane was downed last Thursday by a terrorist bomb. None of us can imagine what the sixty six passengers at 30,000 feet went through during that event and we don’t want to think about it as we know it could easily happen to us and our families this summer as we fly to … [Read on] 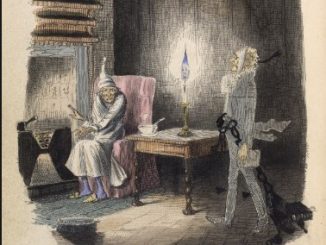 Like vintage wine, high-flown sentiment should be kept for special occasions rather than brought out on every possible occasion, especially when it consists mainly of humbug, as it usually does. We are surrounded by it, in fact, mentally suffocated by it. I picked up a pencil the other day and this is what was inscribed   on it:     About … [Read on]

Following Obama’s dire warnings about will happen to the ‘special relationship’ if we leave Europe, Hollywood arrived here this week to reinforce his message. First it was Angelia Jolie, looking increasingly like the Virgin Mary on an Orthodox icon, all ethereal glassy eyes and stricken expression. ‘Isolationism is not strength,’ she warned us. ‘Fragmentation is not the answer. Strength lies in … [Read on]