Brexit taught us two things. Firstly, many pro-EU Britons fear for their red-tape careers and get a submissive thrill out of taking the side of foreigners. Secondly, we learned real Britons buy and invest more just on the strength of added freedom to come, even if they know working round the euro-quislings will take time. So rather than just trying … [Read on] 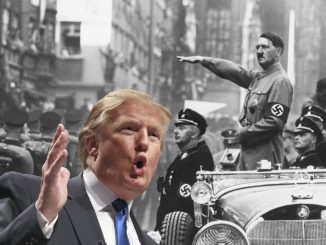 Shall we ever comprehend the mystery of evil as exemplified at Auschwitz and in the Germans’ slaughter of six million Jews in Europe? The Holocaust has taxed our brains, baffled our imagination and poisoned our feelings for more than eighty years. Are we any nearer an explanation? Yes, it was all the fault of Donald Trump and the Brexiteers. Well, … [Read on]

I’ve trawled through dozens of application forms. Applied for every job that will cover the rent. Graphic designer, illustrator, office sub, kitchen staff, support worker, pot washer, carer, cleaner and orthopaedic shoe maker.  My online sales flat-lined after Christmas. I cannot claim benefits for 5 weeks and therefore not much for me to do other than look for jobs then … [Read on]