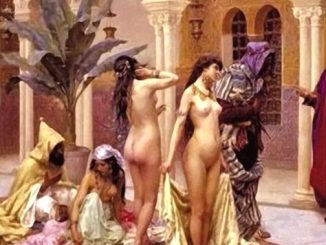 In an effort to ‘normalise’ Islamic values, reports the Gatestone Institute, the fashion industry is going all out to capture fashions in Islamic dress for women and encourage its spread to non Muslims . Thus the left intends to impose yet another disastrous cultural shift on women, by celebrating a religion that encourages their enslavement and silencing by men. Can anything be more perverse ? The revered Islamic … [Read on]

[pullquote]Edo Pivčević’s latest book Man is a Rational Animal has just been published in America.[/pullquote]It has become commonplace for Moslems who recoil in horror from the Isil-Daesh atrocities to insist that Islam is a ‘religion of peace’. Even a British Prime minister has described it as such in the British House of Commons. No doubt they all earnestly desire it … [Read on] 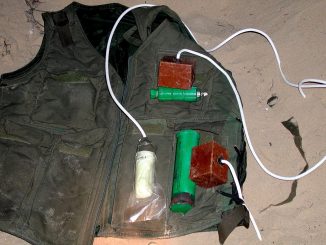 A survey was conducted by ICM Research for the Channel 4 documentary, “What British Muslims Really Think,” which aired on April 13 2016. The 615-page survey found that more than 100,000 British Muslims sympathise with suicide bombers and people who commit other terrorist acts. Moreover, only one in three British Muslims (34%) would contact the police if they believed that … [Read on]

I was in the Mall Gallery yesterday looking at some rather humdrum English landscapes and still life. It’s a pleasant place with a nice cafe just near Admiralty Arch, and I usually enjoy meeting friends there, but for once it wasn’t a good place to be. It’s also near Westminster. After about half an hour drifting about wondering why so … [Read on]

[pullquote]I don’t blame the Muslims for wanting to acquire Europe. It’s a much better place than the filthy, barbaric countries from which the millions of immigrants and would-be conquerors emerge. [/pullquote]All over Britain escaped horses are running through the streets and that deafening noise you can hear is the slamming of stable doors. We are told that there will be … [Read on]

Nicola Sturgeon would lose an Independence referendum if she proposed to then take Scotland into the EU. Brussels is just as much disliked over the border as it is here in England. She is faced therefore with either remaining in the Union or setting Scotland adrift as a small independent state within Europe somewhat similar to Switzerland. The majority of Scots would not wear that at … [Read on] 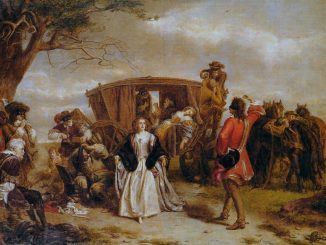 If any reader purchased a year’s gift subscription for a relative or friend and the latter has not received one, please e mail the Salisbury Review at info@salisbury review.co.uk or telephone our Milton Keynes Office 01908 281 608. 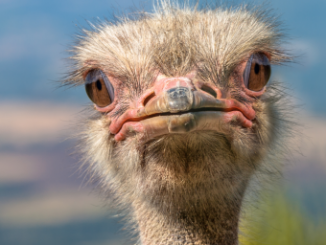