I work in a care home for the former residents of our old asylums. Men and women who do not speak, but spend their days staring at their hands and screaming, men and women who wear nappies, or colostomy bags, who perform fast and rigid rocking motions, or persist in standing up, sitting down, violently flailing their arms, even when … [Read on]

I’m as liberal as the next person – but there are limits. A new film based on Peter Rabbit by Beatrix Potter, a lady of the utmost probity, shows Peter’s young relations pelting a man with blackberries, even though they know – get this, they know the man (who we should now properly call ‘the victim’) – is allergic to … [Read on]

A metastasis of apartment blocks, the ubiquitous design differentiated merely by an exterior paint job. Cranes mark where another few degrees of vista will be obscured. Just when it seems every possible gap has been filled, magically another site is cleared and the pile-driving resumes. Parsimoniously-sized flats for the urban dweller, cheaply constructed with a narrow balcony overlooking the railway line. … [Read on]

To read Synesius of Cyrene today is to enter into a small circle even among those who study the late Roman Empire. His works are not available in print in an English translation (though there is a French edition) and there has been no major study of him since 1980s. This neglect is surprising: he has left to posterity nine … [Read on] 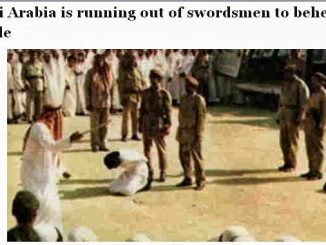 One wonders what future historians will write about Saudi Arabia. Will there even be a future historians, or at least Western historians? Saudi Arabia has already changed the world enormously and will continue to do so – perhaps it might even oversee the downfall of Christian civilisation. There are recent signs Saudi might be moderating, but this may be simple … [Read on]

A few weeks ago my wife and I flew from Cork to London. The plane took off on time, the flight was without incident, the advanced electronics of the airliner brushed aside a gale at Stansted allowing it to land smoothly. A bendy bus was immediately at the aircraft steps and in half an hour we were on a fast … [Read on]