‘Enoch was right’. A remark sometimes made in below-the-line comments on political websites, but never in polite conversation. The phrase, of course, relates to the pariah figure of Enoch Powell and his infamous ‘Rivers of Blood’ speech, half a century ago. The event has been marked in mainstream media as a turning point in race relations, with commentators competing for … [Read on]

‘To which word are you referring dear?’ asked the elderly lady as she sipped her tea. Her young companion blushed red with embarrassment – or would have if her complexion had been lighter. Well, what was I supposed to write? But in the current climate this is no laughing matter. Netflix has just fired its head of communications, Jonathan Friedland, … [Read on] 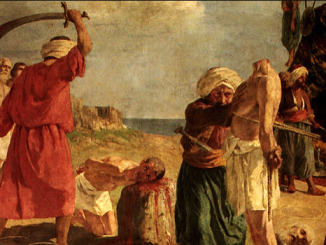 The bad effects of mass immigration and multicultural dreams have been heralded many times and I see no reason to swell things with my own announcement. The stern silencing of those who question the prevailing orthodoxy has also been adequately noted. The question, then, that bedevils me is why native populations everywhere seize the subordination thrust upon them like a … [Read on]

Windrush, coming so conveniently for Labour before the recent council elections, (as I suspect today’s adverse publicity about Trump’s decision to close the Mexico US border to illegal migrants) was a huge lie. None of the six Windrush cases the left initially made such a fuss about were deported, nobody was refused urgent or necessary health care (it cannot be … [Read on] 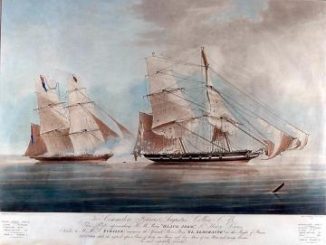 Author, Kazuo Ishiguro OBE FRSA FRSL, Order of the Rising Sun, Second Class, recent Nobel Prize winner, is now also a knight. ‘When I think back to when I arrived here,’ he told the BBC, ‘it was 1960. I was six years old…’ My hand moved towards the off button as I knew what was coming next; ‘after all the racism I’ve experienced, … [Read on]

Responding to Boris Johnson’s leaked remarks that the UK’s attitude to the Brexit negotiations was gutless, Mrs May, speaking at the G7 summit in Canada, insisted that she also has ‘strong views on Brexit’. ‘That’s why’, she went on, ‘I’m getting on with delivering Brexit’. At the forthcoming summit, she will be ‘pressing’ on our future relationship with the EU. … [Read on]

In May President Macron broke off from wrestling with Mrs Merkel over the future economic shape of Europe to deal with a more pressing matter; men wolf-whistling in the streets. In future, Frenchmen caught ‘puckering up’ or making comments such as, ‘I bet you don’t get many of those to the pound,’ or, ‘cheer up love it may never happen,’ … [Read on]