Forget the EU, forget the nation state. The UN is about to rule national borders to be extinct.The world’s people will, by right, be able to move anywhere they like, just as you or I might move to another town in Britain. You will have the same rights, so when the entire population of Somalia moves to Britain, followed by … [Read on]

Early-19th-century Prussian general and military theorist Carl von Clausewitz (born in 1780) is famous for saying that “war is the continuation of diplomacy by other means”. Lots of people must have had the matching thought that diplomacy is the continuation of war by other means, but they’re being quiet about that thought at the moment. A time when we have … [Read on]

Let us open our borders to those ‘who will contribute’. Let us welcome ‘the brightest and the best’. Let us open our doors to ‘the best talent from across the world’. We need an immigration system that meets ‘the needs of our economy’. This is the true meaning of Brexit. No longer will we discriminate against non-EU citizens who might … [Read on] 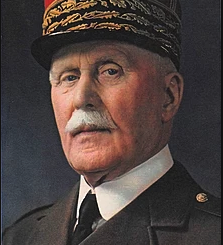 For those of us who participated in the modern-day Peasant’s Revolt (as Rod Liddle so aptly described the Brexit vote in this week’s Spectator), we must have known in our hearts that it was all doomed, that the establishment would never permit us to leave the EU. For a day or two last week, Mrs Day’s grotesque deal having provoked … [Read on] 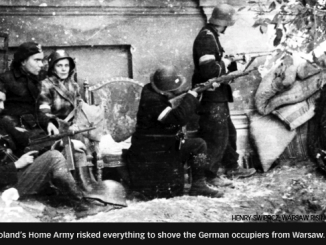 Poland celebrated its 100th Anniversary of independence this Sunday. A frightening picture is depicted.  One of a divided Polish society in an unhappy country, with claims that many citizens have rejected liberalism and democracy in light of a growing nationalist sentiment. A conveniently worrying image for those discrediting a democratically elected government running their country. I should know, I was one … [Read on] 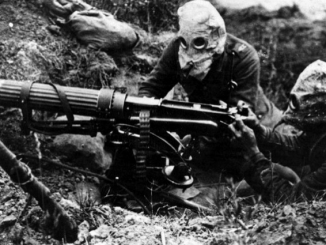 The nation’s youngsters have dutifully and thoroughly gobbled up all the propaganda fed to them by their teachers and by the scriptwriters and presenters of the many programmes made to mark the centenary of the ending of the First World War. It was chilling to hear a little girl of about eight expertly regurgitate the cliché “A lost generation.” Then … [Read on]

I have just begun reading Henrietta Marshall’s Our Island Story to my 8-year-old son. The story begins in the mists of time and mythology, with Neptune giving his beloved son Albion a beautiful island set in a silver sea – an island that the heroic Brutus, prince of Troy, later renames Britannia. We have got as far as the coming … [Read on]

I recently lost enthusiasm for Brexit. Many are now equivocating; cold feet about leaving the club, worries that any deal we get will be poor, or make no real difference. My wavering began with the hideous death of journalist Jamal Khashoggi who was butchered on the orders of a Saudi prince who didn’t like his writing. A tyrannical ruler hasn’t … [Read on]