‘The horrible thing about the Two Minutes Hate was not that one was obliged to act a part, but that it was impossible to avoid joining in’. George Orwell 1984 Sir Roger Scruton – Two minute hate. Tommy Robinson – Double hate. Julian Assange – Triple hate. Israel Folau – Wonderful Rugby player, oh yes, Evangelical Christian aka – Three … [Read on] 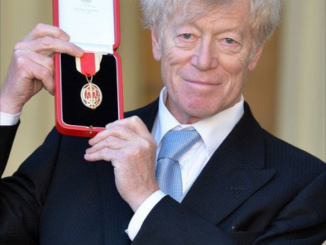 May’s “government” adds censorship to its fool’s repertoire I should declare an interest, for I count Sir Roger as a friend from a day in 1985 when he was in danger of violence from a mob of the lumpen intelligentsia at York University who shouted him down and issued threats to his very existence. His address was about the importance … [Read on]

Book Here 14.00 Wednesday 10th April 2019 King’s College London In this talk, Lynn McDonald will relate Mary Seacole’s many contributions, using her own fine memoir, Wonderful Adventures of Mrs Seacole in Many Lands, and a number of other primary sources. She will then present the Seacole myths that have grown over recent years, drawing on nursing textbooks, historical and … [Read on]

‘I’d like to check out today,’ announced Alice to hotel Concierge Barnier who greeted her with a fixed smile. ‘I trust everything was to your satisfaction,’ was his polite reply. ‘Well, not exactly. The hotel has not really lived up to the five-star billing it received in the tour guide I was given last year.’ ‘Oh, I am very sorry … [Read on]