I had always thought that Gracie Fields’ great wartime song, ‘Wish me luck as you wave me goodbye,’ was written with the departing troops in mind, but it was actually sung by Gracie Fields in the 1939 film ‘Shipyard Sally’ to accompany her departure from Glasgow to present a petition from the men of the Clyde to the owners in … [Read on]

Three Conservative Prime Ministers have now fallen victim to the schism in Conservative Party over Europe: Thatcher, Cameron and now Mrs May. This is because there are two conservative factions in the House of Commons, elitist and populist. Elitists have no time for the ordinary voter, whom they regard as stupid, fat and uneducated, while populists regard central government as … [Read on]

British Steel, our second largest steelmaker, is to be liquidated following the failure of rescue talks between the government and Greybull, the American private equity firm that manages it. The government would not provide the £30 million loan needed to tide it over (no way of getting round those EU state aid rules, we are told, and since we are … [Read on]

Andrea Leadsom got into terrible trouble in the run-up to the last Tory leadership election for hinting that her experience of being a mother and raising children gave her an advantage over Mrs May – a wider experience, a broader understanding of people, greater empathy perhaps. This was most unwise because according to diversity and inclusivity theory, the new religion … [Read on]

At the request of several Muslim institutions, the government intends to strengthen the definition of “Islamophobia” so that in future it will read: “Islamophobia is rooted in racism and is a type of racism that targets expressions of Muslimness.” No it isn’t, and it could never be that. Here we have a fine example of what Wittgenstein described in his … [Read on] 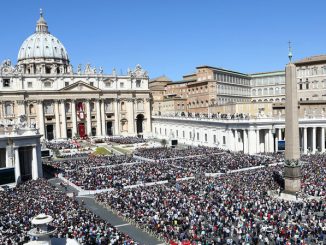 I don’t normally listen to anything presented by Matthew Parris. I was inoculated against him some years ago. But the other day by accident I came in for the last quarter of an hour of an edition of his programme Great Lives when the subject was Brian Epstein, manager of The Beatles from 1961 until his death from a drugs overdose a few years … [Read on]

American Overdose. The Opioid Tragedy in Three Acts, Chris MacGreal, Faber & Faber, 2018, £12.99. The doctor at the Wellness Center in West Virginia was receiving $6,800 a day in cash payments alone in return for prescribing a heavy opioid painkiller called OxyContin (generic name oxycodone). The drug’s street name was ‘hillbilly heroin,’ an accurate description of its effect on … [Read on]

Written by David Kurten & Niall McCrae In Alice and Wonderland, the Queen believed six impossible things before breakfast. We present just one conjecture, far-fetched at first glance, but based on evidence. The Conservative Party, as frequently observed, is no longer conservative. But it is worse than merely a liberal dilution of its former self. Our belief is that the … [Read on]