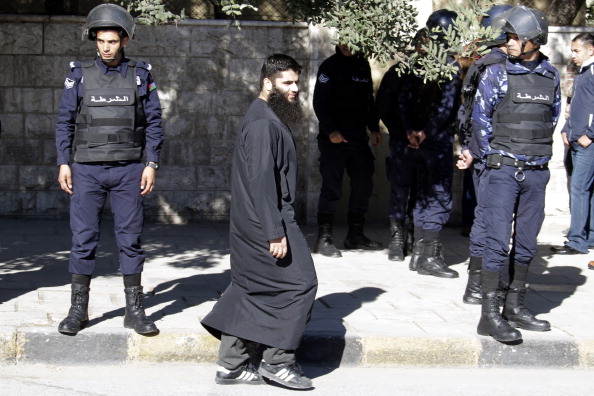 Qatada (C), the son of radical Islamist cleric Abu Qatada, who was deported by Britain in July after a near decade-long legal battle, arrives at the state security court in Amman on December 24, 2013 where the Palestinian-born preacher is being tried on terrorism charges. Abu Qatada insisted he was not guilty of terrorism as his trial resumed in Jordan, accusing a presiding judge of being "dishonest." AFP PHOTO/KHALIL MAZRAAWI (Photo credit should read KHALIL MAZRAAWI/AFP/Getty Images)