Dodgy Dave has been at it again. Ever true to form, he is prepared to con the British people (this time with their own money) in pursuit of his political legacy: i.e, the man who held the two unions together – UK and EU. In mid-April he used taxpayers’ money – our money (most of us don’t have offshore accounts) – to send a government leaflet to every household in the country urging us to vote ‘Remain’ in next month’s referendum. It cost taxpayers over £9 million pounds. The reason that he and his toadying ministers gave for the exercise was the wholly disingenuous one that people demanded information. If this were true then the leaflet would have explained both sides of the argument instead of laying out, as it does, a litany of fearful events that a Brexit would supposedly usher in.

Unrestrained by any conscientious restrictions to his cynicism, this leafletting manoeuvre ensures that the Remain campaign bypasses the legal referendum limit of £7 million per designated campaign representing the Remain and Leave sides. At a stroke, he more than doubled the Remain funds for the campaign – and it didn’t cost the Remainians a penny. The British taxpayer unwittingly funded the bill. That the government had earlier promised not to take such underhand measures only serves to underline the egregious dishonesty of our Prime Minister. It was an exercise in pure propaganda. The EU panjandrums – who excel (indeed, have institutionalised) – such ledgerdemain must have been delighted at their pupil’s aptitude for dissimulation on this grand scale. 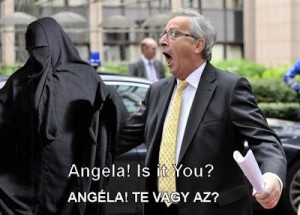 The letter was cynically timed to appear before the electoral commission’s designation of lead campaign groups later that same week. Unsurprisingly, the commission designated Vote Leave instead of Grassroots Out (GO) as the out campaign to receive campaigning funds. This was understandable, but it highlights one of the major flaws in Brexit strategy.

Vote Leave has the very real advantage over GO in being represented by some thoughtful political figures as Michael Gove, Gisela Stuart and Douglas Carswell, as well as the popular and high-profile Boris Johnson. The GO campaign is, in effect, headed by the more divisive if colourful figure of Nigel Farage; that George Galloway is a prominent face of this campaign might well scare off other voters.

However, Vote Leave’s strategy will prove far less effective than GO’s. Vote Leave, in their understandable wish to appear as calm, sensible and responsible advocates of Brexit, focus too much on economic matters and have thus played into the Remainians’s hands. Economic issues are too uncertain to overcome the government’s Project Fear policy: voters don’t have to believe in its over-the-top Götterdämmerung predictions; however, the Remainians are throwing enough thunderbolts and lightening around to make the voters fearful of leaving the perceived shelter of the EU and to stop them coming out into the open.

GO, on the other hand, might not have the best representatives to lead it, but it has the much stronger strategy: a focus on immigration. This is not only the more emotive issue; it is far and away more important. Thus it is likely to prompt a larger and more enthusiastic response from those thinking of voting for Brexit. There is so much scope here to expose the dangerous follies of the EU that is the most rational – and urgent – approach to take. Even though immigration is one of the key concerns of the British public, many people do not understand the potential it has to permanently change society. Those who appreciate how the EU deal to grant travel visas to Turkey (as a reward for helping with the immigration crisis) can see what the potential impact of this insane move can have. But even this impact is underestimated. The figure bandied about for visa-free travel for Turks is 75 million, which seems enormous enough. Even this however does not reveal the true extent of the forthcoming problem; within just seven years Turkey’s population is expected to reach over 90 million.

This brings us to Germania redux. For Germany lies at the heart of the immigration crisis. Here, as in all EU matters, it reigns supreme. It is, after all, the EU’s chief paymaster. Forget the image of Angela Merkel as a somewhat benign if serious auntie. In a long and important article in March in London Review of Books, Wolfgang Streeck, director emeritus at the Max Planck Institute for the Study of Societies in Cologne, wrote an excoriating analysis of Merkel’s recent rule and exposes a much more cynical, iron mädchen figure: ‘a postmodern politician with a pre-modern, Machiavellian contempt for both causes and people.’

Streeck portrays the German chancellor as someone who is unconstrained by constitutional concerns as she variegates from one self-serving political position to another. In 2010 she proclaimed ‘the multikulti approach has failed, absolutely failed’. But here she is now allowing Germany (and by extension Europe) to be flooded by over one million immigrants in 2015 alone. Why? Because her expensive policies to encourage larger German families had failed, so she is now boosting Germany’s population by other means. ‘When she declared Germany’s borders open’, says Streek, ‘there had been no cabinet decision to this effect and no official statement in the Bundestag’. Accordingly she unilaterally completely by-passed the Dublin agreement that refugees seeking asylum must do so in the first EU country they reach. Acting ‘like a president with emergency powers…she has evaded all constitutional checks and balances’.  The result of her contrived compassion and moral grandstanding is this:

‘Germany has come to consider the European Union as an extension of itself, where what is right for Germany is by definition right for all others…. Germans think this is supremely moral, as they identify their control of Europe with a post-nationalism understood as anti-nationalism…. [They] are puzzled that anyone could possibly fail to see things the way they do.’

If it is a Remain vote on 23 June, we’d better get used to it.  Alles in Ordnung!