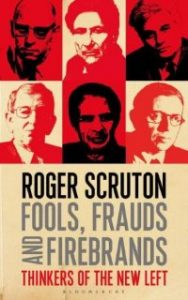 We are delighted to learn that Roger Scruton, the founding editor of The Salisbury Review, has been honoured with a knighthood in the Queen’s Birthday Honours list.

‘Roger Scruton was the Editor for the first eighteen years. During the eighties The Review became known in underground circles in Eastern Europe and a regular column gave dissidents behind the wire the opportunity to express their ideas and comment on events; a samizdat edition appeared in Prague in 1986. In Britain the Salisbury Review might just as well have been a samizdat publication because of the fury directed against its contributors….. Speaking at universities during those extraordinary years could involve you in vicious physical attacks.’  Merrie Cave.

Scruton wrote  “.. the editorship cost me many thousand hours of unpaid labour, a hideous character assassination in Private Eye, three lawsuits, two interrogations, one expulsion, the loss of a university career in Britain, unendingly contemptuous reviews, Tory suspicion, and the hatred of decent liberals everywhere. And it was worth it.”

“Activist campaigns, which tend to be conducted in the name of the people as a whole, neither consult the people nor show much interest in noticing them—a point that was noticeable to Burke, in considering the insolence of the French revolutionaries. Such campaigns are affairs of elites who are seeking to triumph over real or imaginary adversaries, and who make an impact on politics because they share, in their hearts, the old socialist view that things must be changed from the top downwards, and that the people themselves are not to be trusted now, but only later, when the revolutionary vanguard has completed its task.[20]“

3 Comments on Roger Scruton, founding editor of The Salisbury Review, honoured with a knighthood.