There is celebration in the football world at Chelsea’s winning the European Champions League on Saturday night. But I notice that Chelsea’s A team features only two or three English players, the rest consisting of foreign internationals purchased courtesy of the largesse of the club’s billionaire Russian owner Roman Abramovich. Truth be told, it is no more an English club … [Read on]

It is only with his death that Prince Philip, Duke of Edinburgh, is finally being accorded the recognition he deserves for what he achieved in an extraordinary life of service to this country, and, of course, steadfast support for the Queen. Royal protocol requires that those who knew him best are only now able to share their memories, and we … [Read on]

Daniel Hannan has struck a chord with Telegraph readers this weekend by suggesting that we should embrace the Scots, promote ‘Britishness’, and ‘leave the SNP to fall apart’ instead of the Union. He reminds us of how much the Scots – that ‘hardy and intrepid race of men’ – have contributed to our country, helping to make the UK ‘the … [Read on]

Has Sunak lost his Midas Touch?The Tories’ golden boy is finally losing his lustre, and not before time. Having charmed us with his assured manner, his slick presentational skills, and his winning smile; and having risen to the occasion of the pandemic with lavish funding of emergency relief; Rishi Sunak is, judging by Treasury leaks, about to mess things up … [Read on] 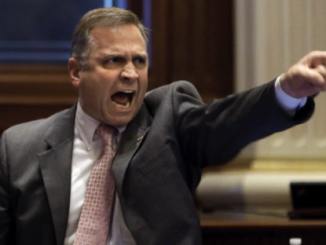 Following Trump’s demise, the question is this: Can some semblance of a shared political space be recreated in which civilized debate can be carried on, and appeal made to sources of evidence judged by common consent to be impartial? Or does the rise of the worldwide web and social media, and the accompanying fall from grace of the mainstream media, … [Read on]

What a shameful end to the Trump presidency. Every decent Tory, every decent conservative, every decent patriot, will have to live down the scenes from the Capitol Building in Washington: its storming by a mob incited by a president who insists his ‘landslide victory’ was stolen, and was recently recorded telling Georgia’s Republican election chief to ‘find’ enough votes to … [Read on]

So, Boris has a deal, a Christmas gift for the nation. And what wonderful choreography! There will be general rejoicing and goodwill to all men – and women and the non-binary.    It turns out that all the posturing of the past weeks, the ridiculous pretence that no-deal was the most likely outcome, was precisely that, a pantomime concocted for … [Read on]

It was always evident that the pre-election smoke and mirrors concoction Boris Johnson sold to the British people last autumn in the form of the ‘revised Northern Ireland Protocol’, which was supposed to show that he could square the circle of the Irish border problem and ‘deliver’ a clean Brexit, was going to fall apart as soon as it was … [Read on]