‘Abuse victims should shut their mouths for the good of diversity.’ Anyone remember when Muslim Labour MP, Naz Shah retweeted and ‘liked’ a tweet about girls being raped and groomed by Pakistani grooming gangs?Voters do. Anyone remember when Keir Starmer, Lord Adonis and hundreds of Labour MP’s spent three years using every trick possible trying to overturn Brexit? (A vote … [Read on]

‘Indian pandemic might come here’ screams the Daily Mail: India had 2812 Covid deaths in a single day. Despite these headlines and deaths in the Covid stakes, India is doing rather well or terribly badly. Will it affect us? India has a population of 1.4 billion. Britain has a population of 70m, twenty times smaller. For a country with a … [Read on] 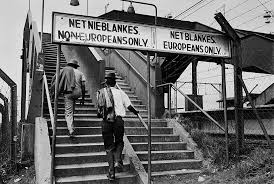 Dear English Heritage, Thank you for providing your new program for ethnic minorities as described at this web site: https://historicengland.org.uk/services-skills/training-skills/work-based-training/paid-training-placements/ I wonder how you define ‘ethnic’. I have two daughters, both half Nepalese. Is that ‘ethnic enough’ to fit your definition? They have both English and Nepalese names, so if one applied as Zangmu Llama, I presume her application would … [Read on]

I wrote an article in Conservative Woman suggesting that Britain is awash with food that has never been cheaper and yet we have a food crisis. I immediately received hate mail saying that I was a hard-hearted bitch and had no idea what it was like to be poor. The local rag ran a derogatory article headlined ‘Let them eat … [Read on]

What do the new abortion laws in Northern Ireland, the new mental health sectioning laws, the new local authority disability benefit rules and the £10,000 fine given to Piers Corbyn have in common? Not a lot one would think, but of course they do – they were all passed under new Corona virus legislation without Parliament ever voting on any … [Read on]

Every year In Britain, 400 people drown. Today, like every other day a family will mourn somebody they dearly loved but it is more than likely you may never hear their name: They are the unknown drowned. Could it be that the entire nation will only hear about a drowning if they are an illegal migrant ? ‘Child migrant from … [Read on]