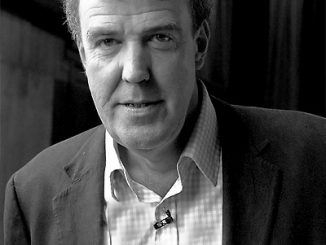 As the General Election approaches UKIP seem to be fizzling out. This could be disappointing if you see them as the sole voice of the uneducated working class. All is not lost it seems because the vote for the educated, successful, middle-class equivalent of the party, epitomised by TV presenter Jeremy Clarkson is thriving. His nervous employer the BBC is … [Read on]

In our newly bifocated culture we have Pakistani taxi drivers in the north of England informing parents if their daughters go out with friends after school, acting as spies controlling all the young women’s movements, and a culture among the English where parents, teachers and health-workers turn a blind eye and will not alert anyone even if they suspect serious … [Read on]

Most simple words are spelled out clearly now by anyone on TV or radio, apart from acronyms such as LGBT which you are duty bound to KNOW! My ears pricked up yesterday 5/3/15, when I heard about an LGBT ‘Study Day’ recently taking place in the House of Commons. Sadly I do know what it means. Things went sadly awry … [Read on]

On the Radio 4 PM Programme last night I was interested to hear an interview with a whistleblower. He talked at length about what he’d seen as a school teacher in Oxfordshire in 200, where 1400 girls were molested and many raped by Pakistani men, mostly local taxi drivers. I only know that from what I’ve read in the newspapers. … [Read on]

I took a break for lunch during a recent painting day in our local community centre. A male friend and I repaired to one of the many cafes nearby, where we met an attractive blonde woman also on the course, tucking into her tahini, beetroot and aubergine bake. It all started well, we discussed the morning’s work, commiserated and agreed … [Read on]

Living in England Sir Tom Stoppard naturally finds his intellectual prowess is as much a blessing as a curse. This is not a land where overt cleverness has ever been appreciated. In early February the playwright revealed that one of the exasperating parts of his job is being forced to dumb down his jokes so that the modern audience understand … [Read on]

I remember when the EU was the EEC and before that just “The Common Market.’ In those days of my youth it was supposed to be just that, a market for trade. Since then it has become a vast legislature, controlling what we buy, sell, eat, drink, and increasingly how we act and think. The Church of England Bishops see … [Read on]

On a visit to the main general hospital in Oxford today, 19/02/15, I saw something I hardly ever saw while I lived in London; a large white working class family. There was Ma, round-bellied from normal years of obesity and another infant on the way, and five small boys around her feet, all very jolly and having fun, rolling on … [Read on]