One of the refreshing things about living in Eastern Europe is you begin to pick up the healthy cynicism of people here who spent their whole lives being lied to. In the naïve west we see some news item about how cash is boring old-fashioned stuff being phased out in favour of futuristic funky digital payments. Part of that whole … [Read on] 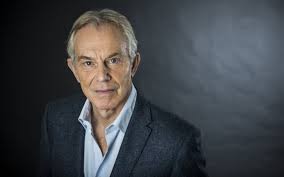 Three years after the June 2016 there are still people beholden to the Brussels gravy train for personal, financial, and (perhaps) ideological reasons. They’re still sabotaging Brexit. Their slurs, smears, and lies still have Britain trussed up in Lilliputian red tape and tied to the eurovillage. For a good slice of the last three years the voice of Tony Blair … [Read on]

Early-19th-century Prussian general and military theorist Carl von Clausewitz (born in 1780) is famous for saying that “war is the continuation of diplomacy by other means”. Lots of people must have had the matching thought that diplomacy is the continuation of war by other means, but they’re being quiet about that thought at the moment. A time when we have … [Read on] 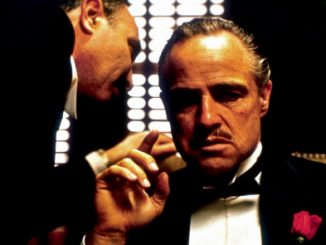 Sometimes one of our old soldiers, who risked his life and gave his youth fighting to defend this country, pops up to explain why the European Union is the imagined future he fought for. Pro-Brussels campaigners glibly make use of them. Eurofederalists exploit those brave combat veterans in the same way they dishonestly quote Churchill’s hope for a union of … [Read on]

We seem to have lost what used to be England’s resilient sense of fun. A grand event in political theatre is unfolding and being slowly filled with hot air. A giant blimp representing US President Honey Monster aka Donald Trump as a baby in nappies  was launched this morning in the air above London. A rival blimp representing London Mayor … [Read on]

The House of Lords several times vetoed an EU demand that elections to Strasbourg in Britain abandon first-past-the-post and instead adopt an electoral system favoured by Brussels, a version of the cleverly-named ‘proportional representation’ (PR) method. Of course the EU got its way in the end. Perhaps Agent Blair threw the hereditary peers out just to put a stop to … [Read on]

An enormous economic opportunity might soon peacefully enrich millions of Irish people, if a certain couple of organisations don’t gobble up most of it instead.  Right now we are hearing absurd claims that potential EU problems with the Northern-Irish / Republic-of-Ireland border are somehow the responsibility of Britain’s “foolish and irresponsible” decision to leave the pact. This is completely wrong: … [Read on]