Our readers will be sad to hear of the death of Roy Kerridge at 78. An original character he was an eccentric and idiosyncratic writer who contributed to many national newspapers and magazines, and of course in his inimitable column in the Salisbury Review.  He wrote over 30 books. Through family connexions, he amassed an exhaustive knowledge of the various … [Read on] 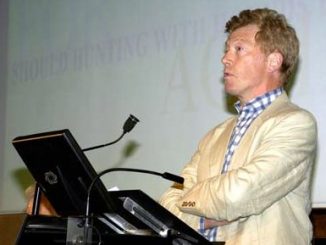 I knew Boris’s maternal Granny in the nineties. She lived in the same block of flats as my mother in Oxford. They were both widows but Beechy (Beatrice )Lady Fawcett’s husband was Sir James Fawcett (who came from a family of distinguished liberals including the suffragette Millicent Fawcett) and a Fellow of All Souls and President of the European Commission on … [Read on]

Sir Richard Body, (known to his friends as Dick) was a good friend to the Review over many years, providing new contributors – including himself, ideas, generous hospitality and suggestions about raising money. He also helped us put the magazine on a secure business footing. He was an outstanding parliamentarian in the days when some Members like him were not … [Read on]

Mervyn Matthews was a long-time subscriber to the Salisbury Review, frequent contributor and the author of several books about his unusual life. He was raised in depressed Swansea, vividly described in Mervyn’s Lot, went to Manchester University and thence to Oxford where he looked forward to a successful academic career. However, his personal life was as dramatic and tragic as … [Read on]