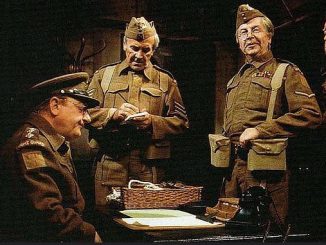 The BBC is very keen on Britain’s coast watchers. They like broadcasting little news items about the small army of male retirees manning the chain of observation posts along our coasts. Apart from obvious cases of bathers or boats in difficulties coast watchers keep an eye on the small boats going in and out of our harbours or off our beaches. They log how many people are on the … [Read on]

Can’t make up your mind how to vote? Despite Brussels’ protestations that the EU Referendum is a once-only offer, if Britain votes to leave Berlaymont will be forced to come cap in hand asking us to reconsider. Without Britain the EU cannot survive. David (double-talk) Cameron will be forced to resign. The new leader will, hopefully, be Boris Johnson … [Read on]

On May 1st Brussels decided, in effect, to extend the EU border to the frontiers of Syria, Iraq, Iran, Armenia and Georgia. They have offered visa-free travel to the EU to the citizens of Turkey, and are in negotiations to offer the same to the Ukraine, Georgia, Armenia, and Kosovo (totalling 125 million people). Meanwhile in return for a fat bribe, … [Read on]

Today Saturday the 4th of June, I wanted to hear news of the relief of Raqqa and the city’s population which has been trapped by ISIS gangs for months. Conditions are so bad, it is reported, that some refugees have drowned their children. There is no food or water, and, as is usual with ISIS, reports abound of men been … [Read on]

Leading Big Business figures and politicians now claim the EU is vital to our prosperity. But we remember when they all said joining the Euro was vital for British prosperity. They are so EU-blinkered that we can’t trust their judgement. Thank goodness we didn’t listen. What a disaster that would have been! _______________________ Lord Peter Mandelson “Until we come off … [Read on]

Hamburg politician welcomes the day when Germans are in the minority in Germany.