The musicology department of Copenhagen University is to offer a course on the music of Bayoncé. It would be fun, it said. I think it is probably true that most readers of the Review have limited knowledge of Beyoncé; but to judge by the number of entries on Google devoted to her, she is 25 per cent more important than … [Read on]

Not many literary festivals end in violence, but the Lewes Speakers’ Festival last weekend did so. About 100 protesters tried to prevent Katie Hopkins, the Daily Mail columnist,, from speaking there about her autobiographical book, Rude, and succeeded. She left when the police said that they could no longer guarantee her safety. I spoke immediately before Katie Hopkins, who guarded by … [Read on]

The other week there was a town meeting at which our local Police and Crime Commissioner spoke. First he explained what he did in return for his £100,000 a year, though I cannot now remember what exactly it was. Did he commission crime? This is a very important role, for what would the army of lawyers we have trained do … [Read on]

Waiting for a flight in Istanbul Airport recently, two policemen with a large black muzzled Alsatian dog walked by at a distance of perhaps twenty yards. ‘That dog is useless,’ said a Turk in his mid-twenties sitting next to me. He spoke excellent American-accented English; his baseball cap was pointed backwards as a sign of his liberation. ‘If it had … [Read on]

You would not normally expect pointed social commentary in cartoon form in the Bahraini English-language daily newspaper, but I was pleasantly surprised to find precisely such a cartoon when, on a recent visit to that small kingdom, I opened the newspaper (the Gulf Daily News). A man at a funeral was taking a selfie with an idiotic smile on his … [Read on]

At Nîmes station, you pay 80 centimes to go to the lavatory (it recently went up from 70 centimes). What do you get for your money? The facilities have recently been refurbished. There is now an automated entrance machine, into which you pay your fee: though the supervising lady is still there, who seems mildly disapproving of the basic human … [Read on]

Recently invited to Canada to give a paper at a conference, I had to apply for a travel document on-line. When it came to gender (not sex, of course), I was given a choice of three possibilities: male, female or unspecified. I was outraged. Only three? Surely, if there is one thing we have learned in the last few months, … [Read on] 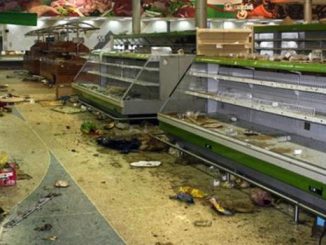 In so far as I have heroes, one of mine is the late Pierre Ryckmans, better-known as Simon Leys, the great Belgian sinologist who lived more than half of his life in Australia, and retired early from his chair at Sydney University because he said that universities had become mere degree-mills. As a colleague of mine put it with regard … [Read on]