At the request of several Muslim institutions, the government intends to strengthen the definition of “Islamophobia” so that in future it will read: “Islamophobia is rooted in racism and is a type of racism that targets expressions of Muslimness.” No it isn’t, and it could never be that. Here we have a fine example of what Wittgenstein described in his … [Read on]

I don’t normally listen to anything presented by Matthew Parris. I was inoculated against him some years ago. But the other day by accident I came in for the last quarter of an hour of an edition of his programme Great Lives when the subject was Brian Epstein, manager of The Beatles from 1961 until his death from a drugs overdose a few years … [Read on]

Written by David Kurten & Niall McCrae In Alice and Wonderland, the Queen believed six impossible things before breakfast. We present just one conjecture, far-fetched at first glance, but based on evidence. The Conservative Party, as frequently observed, is no longer conservative. But it is worse than merely a liberal dilution of its former self. Our belief is that the … [Read on]

There is no longer anyone pure enough in mind to present the Oscars 2019. Of all the actors in the world none can be trusted to have enough virtue to be worthy of the honour. In December Kevin Hart, an actor and comedian, was invited to do it, he seemed to fit the bill entirely as he is black, but … [Read on]

One of the worst pains any of us might suffer is to watch an old and beloved friend in a terminal decline which we can only look upon, unable to do a thing to help. The friend gets more feeble by the day as his energy fails and he finally loses his wits. We remember when he was vital and … [Read on]

If you live in London you will have seen the adverts on the underground for Babylon’s online GP service, ‘GP at Hand’. It offers what every patient (and government health minister) wants, instant access to a GP. Health Secretary Matt Hancock is an enthusiastic customer along with 40,000 other customers. All you have to do is to pick up your … [Read on] 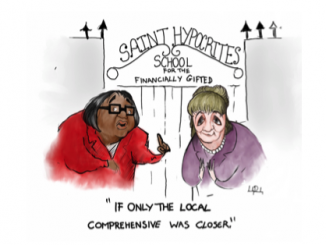 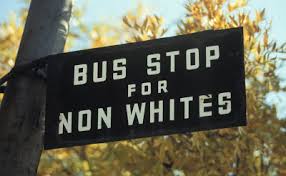 Once upon a time, English boys existed in England. Today they are classified simply as white males. The prevailing ethos maintains this sub-group of humanity is privileged by both their skin colour and their sex but, as should be obvious to those who deal in reality, this isn’t the case at all. Boys of all racial backgrounds are a declining … [Read on]