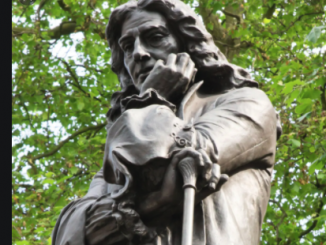 When Edward Colston’s statue was torn down by a mob in central Bristol on the 7th of June, it was clear the gloves had come off. Far from being spontaneous anti-racism action by the British public, it was the confluence of lockdown frustration, activist agitation, cultural groundwork and local-governmental approval. Finally, the simmering contempt for Britain and its history was … [Read on]

‘Mother Bessie’s Scones, two a tenner each,’ a voice growled as I passed my local Co-op. I knew there was nothing on the shelves inside, apart from dry goods like loo rolls and antiseptic wipes which no one wants. I’d used my carbs token to buy rice. I hadn’t tasted wheat for so long that I was tempted by Bessie’s … [Read on]

First they came for Tommy Robinson. Then they came for Brexit activists. And then they came for doctors and nurses at anti-lockdown rallies. Who will be next, in the tightening ratchet on British liberties? There was no outcry by politicians about the police brutality at Trafalgar Square on 26th September, just as in 2018 little concern was expressed about the … [Read on]

David Attenborough: A life on our Planet Having only seen it advertised this morning I rushed to book tickets, a few ‘standard interruptions’ later I was all booked up for this evening. After all, this was one night only. How lucky I was to get a ticket – in the nick of time. Or so I thought. I sprung it … [Read on] 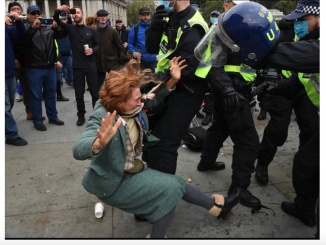 Members of the white middle class, they live in a terrace house in the city centre. Both are both retired. He is 77 and has severe chest disease, she is 78 and recently has had heart trouble. Hard workers, they were expecting an enjoyable retirement among friends and relatives. Instead their government has sentenced them to indefinite house arrest which, … [Read on]

The proposed appointment of Charles Moore, ‘Mrs Thatcher’s Vicar on Earth’ to head the BBC along with Paul Dacre, the left’s idea of what Lucifer might be like, as head of Ofcom, shows Boris has not lost his touch. These appointments, along with Brexit, will have consequences that will be with us long after Covid 19 is a footnote in … [Read on]