For speaking the truth Ray Honeyford was subjected to a long and bitter campaign, including death threats and other forms of persecution orchestrated by an assortment of vehement agitators. His prophetic observations will be illuminating now — particularly for our younger readers. We salute his courage and intellectual integrity, which has been so clearly vindicated by recent events and U-turns in the multicultural establishment. 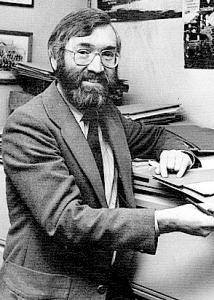 The issues and problems of our multi racial inner cities are frequently thrown into sharp relief for me. As the head teacher of a school in the middle of a predominantly Asian area, I am often witness to scenes which have the raw feel of reality and the recipient of vehement criticism, whenever I question some of the current educational orthodoxies connected with race.

It is very difficult to write honestly and openly of my experiences, and the reflections they evoke, since the race relations lobby is extremely powerful in the state education service. The propaganda generated by multi racial zealots is now augmented by a growing bureaucracy of race in local authorities. And this makes freedom of speech difficult to maintain.

By exploiting the enormous tolerance traditional in this country, the race lobby has so managed to induce and maintain feelings of guilt in the well disposed majority, that decent people are not only afraid of voicing certain thoughts, they are uncertain even of their right to think those thoughts. They are intimidated not only by their fear of giving offence by voicing their own reasonable concerns about the inner cities, but by the necessity of conducting the debate in a language which is dishonest.

The term ‘racism’, for instance, functions not as a word with which to create insight, but as a slogan designed to suppress constructive thought. It conflates prejudice and discrimination, and thereby denies a crucial conceptual distinction. It is the icon word of those committed to the race game. And they apply it with the same sort of mindless zeal as the inquisitors voiced ‘heretic’ or Senator McCarthy spat out ‘Commie’.

The word ‘black’ has been perverted. Every non white is now, officially, ‘black’, be he Indian, Pakistani or Vietnamese. This gross and offensive dichotomy has an obvious purpose: the creation of an atmosphere of anti white solidarity. To suppress and distort the enormous variations within races which I every day observe by using language in this way is an outrage to all decent people whatever their skin colour.

And there are other distortions: race riots are described by the politically motivated as ‘uprisings’, and by a Lord of Appeal as a ‘superb and healthy catalyst for the British people’ and the police blamed for the behaviour of violent thugs; rather like the patient blaming the doctor because he has a cold in the head.

‘Cultural enrichment’ is the approved term for the West Indian’s right to create an ear splitting cacophony for most of the night to the detriment of his neighbour’s sanity, or for the Notting Hill Festival whose success or failure is judged by the level of street crime which accompanies it.

At the schools’ level the term refers to such things as the Muslim parent’s insistence on banning his daughter from drama, dance and sport, i.e. imposing a purdah mentality in schools committed to the principle of sexual equality; and the determined efforts of misguided radical teachers to place such as the following alongside the works of Shakespeare and Wordsworth:

No one, of course, is allowed to describe first generation black or coloured immigrants as ‘immigrants’ though no other collective noun exists. In the courts it has been revealed that we now have laws on the statute book which insist that Sikhism is a race, which, as three distinguished lords of appeal were able to demonstrate, contradicts the best available dictionary definitions.

We have, therefore, officially perverted words to such a degree that it would be perfectly reasonable in law to describe a member of the Church of England or the Labour Party as a member of an ethnic group, a manifest absurdity. (It is worth noting that in his judgement of this case, Lord Justice Kerr commented of The Commission for Racial Equality, ‘The commission seemed to have created discord where there had been none before,’ a view, I suspect, which is shared by the vast majority of the public with regard to most of the C.R.E.’s activities.)

We in the schools are also enjoined to believe that creole, pidgin and other non standard variants have the same power, subtlety and capacity for expressing five shades of meaning, and for tolerating uncertainty, ambiguity and irony as standard English. A generation of cultural relativists in the field of linguistics has managed to impose on the schools the mindless slogan ‘All languages are equally good’ – a myth recently and convincingly demolished by Professor John Honey in The Language Trap, a monograph published by the National Council for Educational Standards.

Those of us working in Asian areas are encouraged, officially, to ‘celebrate linguistic diversity’, ie applaud the rapidly mounting linguistic confusion in those growing number of inner city schools in which British born Asian children begin their mastery of English by being taught in Urdu.

In Politics and the English Language George Orwell said, ‘Political language is designed to make lies sound truthful and murder respectable, and to give an impression of solidity to pure wind.’ Race speak is the language of a politics committed to that sort of deceit. There is little hope of our coming to terms with the monumental significance for our future of New Commonwealth and Pakistani immigration until we invent a language by means of which doubts, fears and aspirations can be expressed openly and honestly.

What, in the meantime, can one do? In the absence of the coinage of honest discourse, one can perhaps make a start by reporting and commenting on one’s everyday experiences. I recall, for instance, the meeting called to explain to Asian parents the importance of regular school attendance for their offspring’s future. A very high proportion of Asian immigrants have a habit of sending children to the Indian sub continent during term time with obvious, deleterious educational consequences. Not only is the practice inadvisable, it is almost certainly illegal though no local education authority has had the courage to bring a test case, and the Department of Education and Science turns a blind eye.

After much badgering from the schools, the local authority had agreed try to impose on brown parents the same obligations it demanded from white and black parents with regard to school attendance. Against